Professor Geraldo Xexéo, from the Data and Knowledge Engineering research area, received this Wednesday, August 10, 2022, on the occasion of the 230th anniversary of the Instituto Militar de Engenharia (IME), the diploma of “Friend of the IME”, “in acknowledgment and in recognition of his spontaneous and invaluable performance in the sense of collaborating in institutional actions and promoting the image of the IME”.

Geraldo Xexéo, PhD by the PESC (1995), is an electronic engineer by the IME, from the class of 1988 and has the IME in his DNA: both his father (1972), who is professor emeritus at the IME, and his two grandfathers (1951 and 1953) graduated in Engineering from the same institution.

In the photo, Professor Xexéo, his father, José Antônio Moreira Xexéo, and the commander of the IME, Gen Bda Juraci Ferreira Galdino. 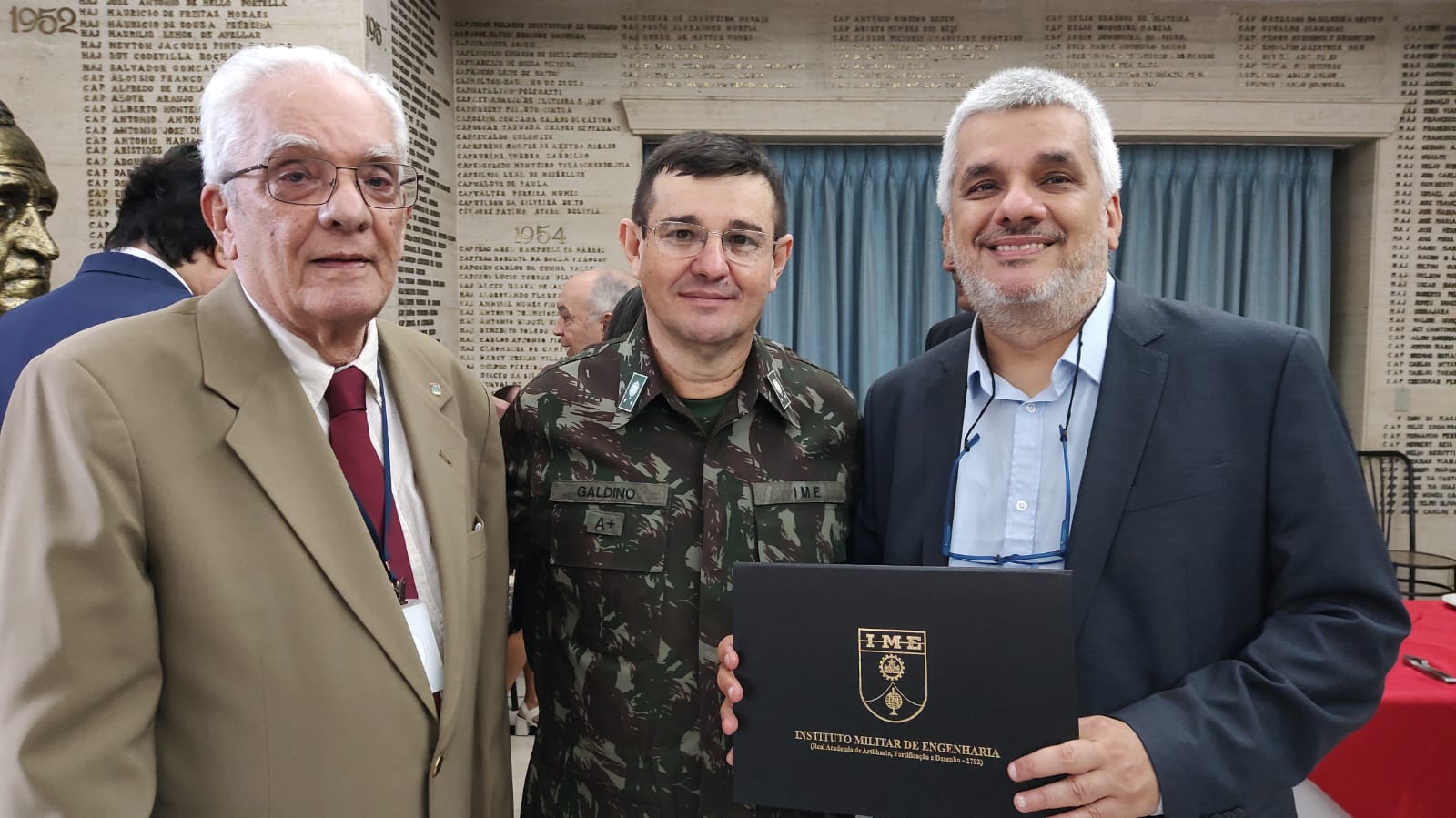