To mimic the process of drug discovery and development within a pharmaceutical industry, researchers from Coppe and the Institute of Biomedical Sciences (ICB), at UFRJ, developed an educational board game called Screener. With it, it is possible to understand the entire process of introducing a new drug on the market, from the validation of a target to the registration of the new drug with the regulatory agency, such as Anvisa. The objective of the game, which includes a book on the subject, is to provide a playful and interactive learning about the long and costly process that leads to the commercialization of new drugs, with an emphasis on the different stages of the discovery and pre-clinical development phase.

The official launch of the Screener, whose production had the support of Farmanguinhos/Fiocruz and CNPq, was held on November 17, during the annual congress of the Brazilian Society of Pharmacology and Experimental Therapeutics (SBFTE). At the time, the specific site for the game went live, where more information is available clicking here.

Created by researchers at Coppe's Ludology, Engineering and Simulation Laboratory (Ludes), Screener was designed so that it can be played individually, as self-learning, or with the help of a monitor to help six players or teams. Professor of the Systems and Computer Engineering Program (Pesc) at Coppe Geraldo Xexéo, coordinator of Ludes, explains that, at the end of the game, participants are expected to have learned the 29 tasks to be performed, organized into seven steps that constitute the drug discovery and development phases, within the regulatory framework. The tasks are also categorized into four major areas, in the case of Efficacy, Safety, Pharmacokinetics and Pharmacotechnics. All this work had significant contributions from Ludes members: Eduardo Mangeli (PhD student at PESC), Joshua Kritz (Master at PESC) and Pedro Nascimento (Computer Science student).

“In the end, we hope that the players have learned or perfected their knowledge in terms of both the practical aspects of the process and the terminology used in this multidisciplinary area”, says Xexéo.

The scientific content incorporated into the Screener was structured by Professor François Noël, from the Postgraduate Program in Pharmacology and Medicinal Chemistry, at ICB/UFRJ. The main function of the game is to serve graduate students who work in the fields of pharmacology and medicinal/pharmaceutical chemistry. It was created to be used during courses on the subject, and tested in a subject taught by Professor François himself. The game can also be very useful for all professionals involved in some stage of the drug discovery and development process, as well as for undergraduate students who are interested in the area and intend to join a postgraduate course, or even apply for a vacancy in the pharmaceutical industry, INPI or Anvisa, for example.

François Noël explains that the process to obtain approval of a new drug by a regulatory agency is time-consuming and expensive, as it takes, on average, eleven to 13 years and its cost can vary from 0.9 to 1.8 billion of dollars. Furthermore, according to the professor at ICB/UFRJ, the probability of success is considered very small. This process can be didactically divided into two phases – one of discovery and the other of development – ​​clearly separated by the election of the drug candidate, for which an authorization to start clinical studies with the regulatory agency is requested.

At the beginning of the game, which has great visual appeal, each player receives a power card, as well as money bills to buy the task cards and pay fines for any setbacks. “As the game progresses, in addition to going through the steps of the process, there are circumstances in which the player has to pick up a card, which can be favorable, which is the bonus card; unfavorable, the setback letter; or simply neutral. All letters have a QR code that allows access to explanatory texts, and the highlighted words are technical terms whose description is accessible by touching the cell phone screen, or in the Screener's book glossary”, explains Geraldo Xexéo, adding that the art of The material was carefully prepared, taking into account the representation of women and minorities in Science. The graphic and artistic design of all elements of the game was carried out by the Scientific Initiation student, Aimêe Mothé, from the School of Fine Arts at UFRJ.

The dean of UFRJ, professor Denise Pires de Carvalho, highlights, in the book's preface, that “the project is excellently organized and successfully and in a multidisciplinary way, researchers, undergraduate and graduate students from four UFRJ centers: Center for Health Sciences, Center for Arts and Arts; Technology Center and Mathematical and Natural Sciences Center. She also emphasizes that Screener is an educational game of extreme relevance, especially for our country, which is still far behind in the area of drug development. “In the case of the Screener game, all players are winners, there are no real losers, because the acquisition of knowledge that is foreseen during the game will always have a high educational value”. 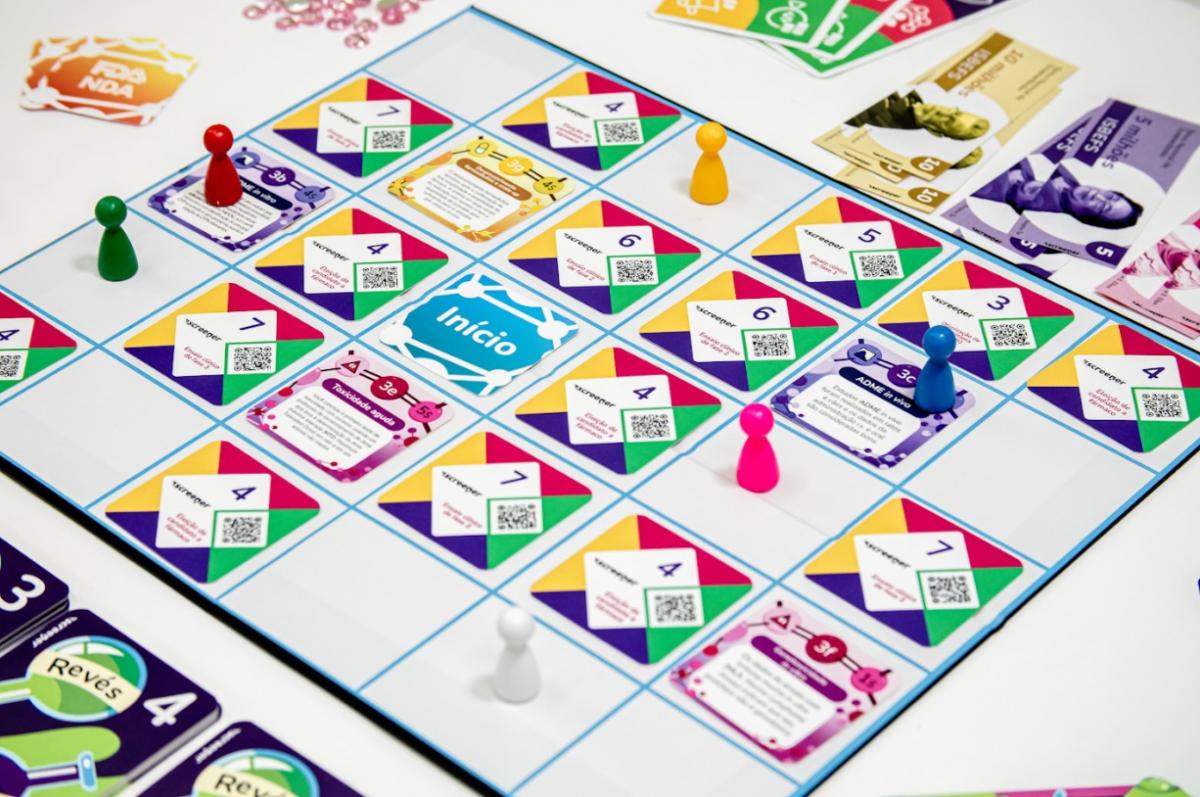